Keeping my opinions apart, this is one of the very few initiatives which really emphasizes about 'doing' something rather than 'talking' about it. In my point of view doing is the only solution for all the problems India is facing today -- be it poverty, illetracy, pollution, politics or traffic problems. As 'Argumentative Indians' we tend to 'talk-talk-and-talk' about every other issue on the planet and do nothing about it. Every Indian is aware of all the problems surrounded by him. When it comes to taking concrete actions to attack the problem, we fail miscerably.

If I look back the post-independent history of India, there is very little that is 'done' compared with the amount of planning or talking.I can satisty myself by saying 'mera bharath mahan' and point out our achievements in certain areas. Is there an example in India where doing took more precedence than talking? where can I see a group of individuals delivered great things by working as a team, which had significant impact on the society?

Recently came across some photographs (see pictures below) which shows some of the 'from-the-scratch' pictures of Indian space program. These men really did something in the post-independent India by building something ground-up. 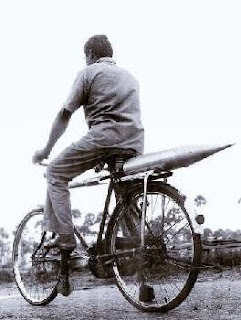 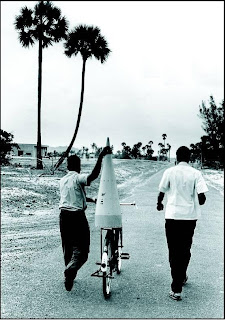 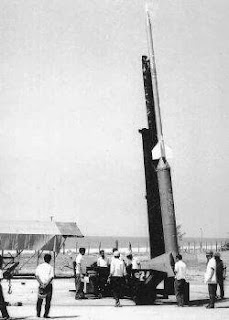 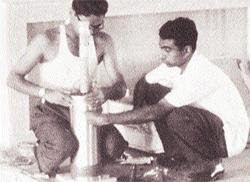 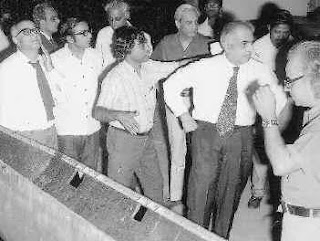 Anonymous said…
Thanks for writting good blog and i like pcture
Keep it up
7:06 PM

Unknown said…
Thanks for sharing. I like your bog & also picture.Your blog is nice. I think you should add your blog at www.blogadda.com and let more people discover your blog. It's a great place for Indian bloggers to be in and I am sure it would do wonders for your blog.Keep writing.
3:00 PM