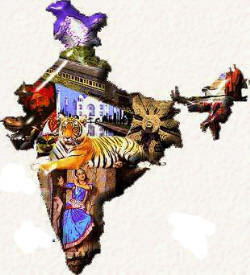 As we all know is a ‘diverse’ country with various languages, culture, food, customs and geographical nature. In fact we proudly say ‘Unity in diversity’ and it’s really a miracle that how this complex system called is working. The roots of ‘diversity’ traces back to valley civilization times, which are explained very beautifully in Nehru’s all time classic ‘Discovery of India’. I have not yet completed this book, but following two points are very important to understand.

First, let us compare valley civilization (where ’s origin belongs to) with Egyptian and Greek civilizations. The Egyptians worshipped their forefathers and preserved them as ‘mummies’. These mummies served them as a guide and everything revolved around them. In case of Greek they worshipped the ‘kings’ as their centre of attraction. Whereas in valley civilization they couldn’t find any symbols like mummies, which bound people in a single thread. So early traces of ‘democracy’ were found among the people lived in this area. Basically democracy is designed for people by people, which is built on the basis of ‘diversity’.

Second, the Hindu philosophy is mainly driven by ‘individualistic’ ideology. It never believed in a single symbol for god and each god believed to have a unique identity. For example we worship saraswathi for education, lakshmi for wealth, shakthi for power, ganesha for starting anything, Bramma for creation, Vishnu for saving people, Siva for killing bad evils. If we come one level down the god shakthi transform into multiple forms in various states. If she is called as ‘Durga’ in west-Bengal, she is called a ‘Mariyamman’ in Tamilnadu. To put in summary diversity is an inbuilt characteristic of Hinduism.

This diversified nature indeed kept as a single country. In spite of so many countries invaded us for the past 2000 years, is still existing. It’s mainly because diversity brings in the important characteristic called ‘resilience’. In today’s corporate and financial world the word ‘diversity’ is valued more than anything else. The more we diversify any the company in terms of products, services, geographical presence, workforce composition, and senior leadership it brings that much amount of ‘synergy’. This synergy brings more strength to the organization. The ‘diversified’ mutual funds tend to generate more wealth in the long term. Even though a ‘focused’ financial portfolio can bring in immediate profits, diversity is very important for long term wealth creation.

According to me, the diversified nature of needs to be ‘celebrated’ instead of ‘diving’ people in the name of language, caste and culture. By sustaining against various attacks and invasions, is still standing as a single example for the success of diversity. The collapse of , and is mainly because they tried to promote a ‘unified’ approach which failed badly in the long term. In a way ‘unification’ is against the nature as nature is diversified in terms of various planets, plants, climate, mountains, and volcanoes and so on.

So the next time when you come across any Indian who is speaking a different language or get to taste a different type of food better start ‘enjoying’ it. After all we need to derive strengths from our own roots.