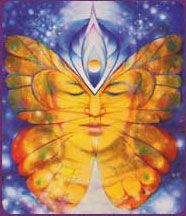 The scientific inventions have brought too many new things to this world. There is no second thought that these inventions have made life easier. But still this science is not able to answer one question: ‘What is the purpose of human life?’ If we take a minute off from our busy life, we are also left with the same question. The science will not be able to answer this question but Indian philosophy can. Sounds interesting? Read on.

The fundamental paradigm of Indian philosophy is built on the basis of ‘Consciousness’. The modern day science is only able to answer ‘rational’ questions but there is a limit to the level of human thinking. The ‘Consciousness’ paradigm is beyond what humans can explain. It’s more to be experienced than explained. Sounds confusing? Let me take a modern day example and then try to explain this concept. In the year 1943 Abraham Maslow proposed human beings hierarchy of needs. Starting from physiological needs Maslow lists safety, love, status and actualization are the next list of needs. The actualization need, which exists on top of this list, can be explained as “The true meaning of life is to be found in the world rather than within man or his own psyche, as though it were a closed system....Human experience is essentially self-transcendence rather than self-actualization. Self-actualization is not a possible aim at all, for the simple reason that the more a man would strive for it, the more he would miss it.... In other words, self-actualization cannot be attained if it is made an end in itself, but only as a side effect of self-transcendence”. So it is all about attaining the self-transcendence state.

The Indian philosophy suggests thee ways namely Bakthi Yoga, Gyana yoga and Karma yoga for attaining this self-transcendence state. In the olden days ancient yogis attained this by having ‘Bakthi’ towards the god and completely surrendering to themselves to god. By channeling the whole inner energy towards this supreme power they attained ‘mukthi’ stage. The second way is more of attaining the state through knowledge or ‘Gyana’. This is more about learning about the ultimate purpose of life (Dharma) in a formal education methodology. It was possible to do these ways because of the ‘non-materialistic’ lifestyle our ancestors lived.

But as the time has changed and human beings are involved in too much of ‘activities’ or ‘karma’. In today’s world (Which is called ‘kaliyuga’ according to Indian history) every human being is involved doing some or the other work. In order to achieve the ‘self-transcendence’ state in this kaliyuga our mythology proposes ‘karma-yoga’ this is the basic concept of ‘Bhagavad-Gita’. In Gita lord Vishnu tells Arjuna to feel the inner consciousness by doing karma or the work that he is assigned to do. By doing the work without expecting anything back one can attain ‘mukthi’. In today’s world karma yoga seems to be more applicable.

Now again one more question may pop up in your minds. What the heck is this ‘consciousness’ or ‘inner-being’ is all about? Is there any scientific proof behind this? How can anyone believe in such things in the world which is ruled by technology and people are so busy in gaining ‘materialistic’ wealth. Recently I came across the following article forwarded by one of my friends, which proves this fact.

This article reports about a brain area which when stimulated artificially can reproduce out-of-body type of experiences (extra-sensory perception). What we need to understand from this is that what we perceive as 'reality' is inside us and not outside. Mind constructs reality from the sensory stimulants and it doesn’t matter whether the stimulants are generated by external objects or the stimulants are generated internally. If an internally generated stimulus can make me perceive a human in front of me, isn’t it as real as a human being perceived by the external stimulus of light? The science of yoga is based on this premise: concentrating the mind through a technique can generate internal stimuli which will make you realize certain realities which would otherwise be impossible to understand by externally generated stimuli. When one acquires the understandings of such internal realities, one begins to wonder whether the external world is 'real' or not. Can you appreciate the deep resonance of this deduction, with Aadi Shankaracharya’s conclusion 'Mithyamidam jagat' meaning 'this world is unreal’?

The presence of a spectral figure lurking behind one’s back is a feeling often reported by people who manage to psych themselves up when walking down a lonely street or past a graveyard at night. But now neuroscientists at the Swiss Federal Institute of Technology in Lausanne seem to have accidentally replicated the same phenomenon far more realistically in broad daylight under lab conditions. A 22-year-old woman being evaluated for surgery to treat epilepsy by having a part of her brain electrically stimulated, suddenly reported sensing someone sinister behind her. The illusory presence was that of a young person of indeterminate sex standing right up against her back silently mimicking her body posture and actions. When she lay down it lay beneath her, when she sat up it sat behind her and when she leaned forward and grabbed her knees she had the creepy sensation that the shadowy figure was embracing her. Ultimately it even attempted to take a test card from her when she tried to participate in a language exercise. So real was the phantom that the woman repeatedly looked back to see the apparition. The scientists believe the woman was actually experiencing a perception of her own body. That may well be since the area of her brain being stimulated, the left temporoparietal junction, is in fact what coordinates different sensory information to give a sensation of the body’s location in space. When this function is disrupted, the brain perceives two bodies instead of one and mistakes the second for that of a stranger — an impression that schizophrenics with paranoid delusions or persecution complex routinely exhibit. At the same time, the idea of a body double, ghostly twin, mirror image or doppelganger that besets its fleshly counterpart is almost universal among peoples of all cultures who are not necessarily psychiatrically impaired. Could it be that our consciousness has become so reflexive by dint of constantly being aware that it’s aware that we’ve developed the natural internal knack of being able to access and disrupt the same areas of our brains that external electrodes do artificially? If so, it would certainly explain things like out-of-body experiences without resorting to arcane mumbo-jumbo. What it would not explain is why we need to haunt ourselves with unknown entities which are nothing but ourselves, in an already demon-haunted world.

In conclusion I would say the modern science and the western world is ‘re-engineering’ things that were ‘invented’ by Indian philosophy. Feeling as if a chord is hitting your head very strongly?

Organised Nomad said…
Hej Jay, i read this post.I feel you should read this book "Emotional Intelligence" .I'm sure you will appreciate that.It talks about Two Brains.One which is emotional and the other Rational n how tehy co-Ordinate and other things.Very well written.
1:46 PM

Jayakumar Balasubramanian said…
Ya sure! that book is there in my reading list.
7:54 PM

Unknown said…
Hi Anna,
Good Blog this one. But one small correction.. It would be better if you replace Indian "Mythology" by Indian "History" as the events you are referring actually happened in the past. I also stopped working in neuroscience as I felt that real knowledge about consciousness should better be gained through Gita than any other materialistic source. :)

Jayakumar Balasubramanian said…
Thanks Jambu! I have made changes what you have suggested. Also this article was forwarded by my friend who is doing his PhD in bio-medical signal processing
7:17 AM

Anonymous said…
Nice Jayakumar. Purpose of life, as you have mentioned, is very deceiving, not only to science, but also to all philosophy. Nobody even in Hindu philosophy ever tells pin-pointedly the purpose of life...it gives various paths to realization, but doesnt tell where it leads to.
4:59 AM